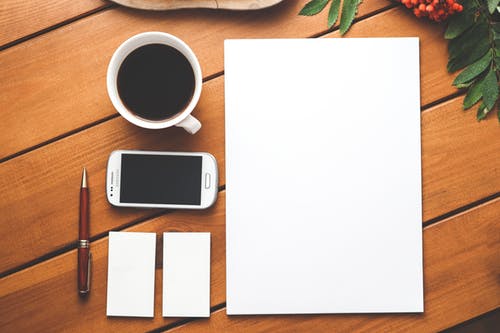 Injecting some confusion stabilizes the system.

What is an anti-concurrent clause?

“Perils” are causes of loss like fire, flood, or theft. “Covered perils” are perils an insurance company insures against under an insurance policy. Losses, however, can result from several perils, some covered and some not. If that occurs, the doctrine of concurrent causation arises.

For example, say a storm causes wind damage to your home and creates a storm surge sending floodwater into your home causing water damage. Wind is a covered peril under the policy but water is not. Both the wind and the water damage would be covered, however, under the doctrine of concurrent causation. The doctrine states that a loss is covered even if the loss is caused by multiple perils, some covered and some not.

We will not pay for loss or damage caused directly or indirectly by any of the following [noncovered perils]. Such loss or damage is excluded regardless of any other cause or event that contributes concurrently or in any sequence to the loss.

The clause allows an insurance company to narrowly restrict coverage to covered perils only; if a loss was caused by multiple perils, some covered and some not, there would be no coverage. Anti-concurrent clauses are a strident reversal of the doctrine of concurrent causation.

Whether anti-concurrent clauses are enforceable in California

In California, the favored method for resolving concurrent causation issues is the efficient proximate cause doctrine. See Vardanyan v. Amco Insurance Company (2015) 243 Cal.App.4th 779, 786. The doctrine is codified in Insurance Code § 530, which states “[a]n insurer is liable for a loss of which a peril insured against was the proximate cause, although a peril not contemplated by the contract may have been a remote cause of the loss; but he is not liable for a loss of which the peril insured against was only a remote cause.”

That statute, however, appears to conflict with Insurance Code § 532, which states “[i]f a peril is specifically excepted in a contract of insurance and there is a loss which would not have occurred but for such peril, such loss is thereby excepted even though the immediate cause of the loss was a peril which was not excepted.”

The California Supreme Court resolved that conflict in Sabella v. Wisler when it held that 1) the “but for” of § 532 meant the peril that proximately caused the loss and; 2) the “immediate cause of the loss” meant the peril immediate in time to the damage. Sabella v. Wisler (1963) 59 Cal.2d 21, 33-34. The Court held that if a loss was caused by two perils, one covered and one not, the loss was covered if the peril was the “efficient cause” of the loss.

In 1989, the California Supreme Court stridently announced in Garvey v. State Farm Fire & Casualty Co. the efficient proximate cause doctrine and its applicability to first party claims, sharply departing from the concurrent causation approach announced in Partridge and applied to first party claims by other courts. See Garvey v. State Farm Fire & Casualty Co. (1989) 48 Cal.3d 395. California law had returned to its Sabella roots. Under Garvey, an “efficient proximate cause” was the predominating cause of a loss. See Garvey v. State Farm Fire & Cas. Co. 48 Cal.3d. at 403. Although Garvey was illuminative, it failed to answer whether an insurance company could contractually exclude coverage when a covered peril was the efficient proximate cause of a loss, but a noncovered peril also caused the loss.

That question was confronted in Howell v. State Farm Fire & Casualty Co. (1990) 218 CA3d 446. Howell held that an insurance company could not contractually exclude coverage if a covered peril was the efficient proximate cause of a loss, citing Insurance Code § 530 and Sabella. Following Howell, insurance companies wrote multiple cause exclusions designed to avoid disputes over whether the efficient proximate cause of the loss and used broad language like “contribute in any way.” The California Supreme Court addressed the validity of one exclusion in Julian v. Hartford Underwriters Ins. Co. (2005) 35 Cal.4th 747. Although the Supreme Court found the exclusion valid, its analysis was limited to the specific exclusion. And it agreed with amicus curiae United Policyholders that application of the exclusion and the broad language could run afoul of the efficient proximate doctrine. The Court reiterated that “[p]olicy exclusions are unenforceable to the extent that they conflict with section 530 and the efficient proximate cause doctrine.” Julian v. Hartford Underwriters Ins. Co. (2005) 35 Cal.4th at 754; see too Civil Code § 1667(2).

How to settle a minor’s claim in California

What Are The Types Of Damages In A Fire Damage Claim In California?